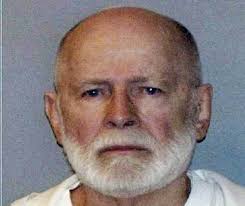 The word on the street in Southie is the the fix is in.  It’s said J.W. Carney the lawyer appointed to represent Bulger is a stiff.   He’s good in front of a camera outside the court but in court he’s won as many big cases as he has hair on the top of his bald dome.  Not that anyone really cares.  The word is also that Whitey, or as many in Southie call him “Mr. White,” has as much chance of walking the streets of Southie again as Knocko McCormick or Kevin White.

Why’s Whitey not squawking?  It seems Carney and Whitey have something in very much in common.  See if you can figure it out.

The word on Carney is also wrong.  Carney’s a skilled criminal defense counsel who has represented defendants in many high profile cases.  He’s lost his share but show me a good defense counsel who hasn’t.  Carney loves the fight of the courtroom.  He knows the secret to a good representation is preparation.  He’s surrounded by a team of skilled and experienced criminal defense trial lawyers.  He’ll find every weakness in the government’s case and exploit it to the fullest.

I’ve been predicting that he’s going to be so good in this case that he has a good chance of helping Whitey beat the rap.  Don’t laugh.  If Carney gets a jury not already poisoned against Whitey by the media he can pull this off.  Don’t think the government attorneys don’t know this.  Their witnesses are the worst of the worst.  More on this later.

By the way, speaking of the street – here’s a true story.  Absolutely true.

This skilled assistant district attorney (ADA) was prosecuting a defendant for murder.  The ADA’s cross examination of a defense witness went something like this.

Witness (confused):  I don’t know. The street, you know, the street.

The judge told the ADA to move on to another question.

For days after the ADA complained to me that the witness never stated what street he was on when he heard that information.

You can probably guess that ADA didn’t grow up in Southie.